War – the moment we hear this word, a sudden imagination of weapons and loss of life appears. In World War-I (28th July 1914) and World War-II (1st September 1939), people turned against each other for mere pieces of land. Hence the era where the word ‘propaganda’ and ‘agenda’ came into play. Millions suffered as biased and misleading information was pushed into their minds and were used to fulfill the only cause i.e. war.

Well, it’s been 81 years and we have advanced ourselves, in terms of procedure, weapons, and ammunition. Trends changed from rifles, mortars, machine guns, flamethrowers, and artilleries to CV90120-T Ghost, MAHEM (MAGneto Hydro-Dynamic Explosive Munition), Taser Shockwaves, MAARS (Modular Advanced Armed Robotic System). However, the occasion remains the same. Furthermore, technology has been a great bosom buddy for the weapon advancement as every day something new gets included in the list of annihilation.

When it comes to India, the Defence Ministry of India invested $60.9 billion in 2020. As a result, India came to 3rd place, after the USA ($732 billion) & China ($261 billion) respectively. It gives a sensible view of the proportion of funds that is kindred with this area, and why it is ascending each day.

Webley & Scott, a name that any British veteran will never forget, supplied weapons like revolvers and automatic pistols to the British Empire’s military in World War-I and World War-II. They have managed to survive even in the 21st century. On 29th July 2019, Webley & Scott decided to step into India. Consequently, on 23rd February 2020, they inaugurated their presence by entering into a joint venture with Sial Manufacturer Pvt Ltd, a firm based in Uttar Pradesh, India. The manufacturing plant was set up in Sandila Industrial Area, close to Lucknow and with a new entity name Webley & Scott India.

Being the first non-Indian company to set its foot in India as a manufacturer, they offered a variety of weapons and other ammunition for the current period. Such as WP20 .32 auto pistol, MKIV .32 Pocket Revolver, MKIV .32 Overhand Pocket Revolver, WSP20 Pump-Action shotgun, Tomahawk Spring Powered Air Rifle, WP4521 1911 .45 Auto, are the guns that will be available at the initial stage.

As Indians are highly fascinated by foreign and international brands, Webley & Scott India will surely get their hands on some good money. But the only thing that struggles here is the Indian Rupee. It will suffer depreciation and might get powerless at some point in time. This could happen when the imports get more expensive than actual exports. The current economy has already been criticized and is plunged enough, as a result of bringing the Indian economy at second worst fall after the USA. Another locus is, the murder rate in India is 4.5 per 100,000 people. This is still alarming and a matter of concern, while the nation is already fighting terrorism and the outer world. There is no doubt, employment will be generated and modernization will be learned, but Economical factors are not viable if simple life doesn’t go well.

On August 6th, the Indian Government instigated a new, rough sketch that sets defence production target at $25 billion, including $5 billion from exports by 2025.

What does it mean?

It means that India is trying to brace the domestic production of weapons and a vigorous-rivalry economy is being flourished. According to investindia.gov.in, a system has been detailed with a perspective of encouraging Defence Public Sector Enterprises (DPSUs) and private guard major parts in investigating business openings abroad. The absolute estimation of creation for OFB and DPSUS together records for $8 billion.

After all this, $5 billion is still a huge number and also it could be invested in other sectors. How? Manufacturing the weapons that India can, instead of importing them. On August 9th, after banning 101 items, the Ministry of Defence of India added another course of action to promote the Aatmanirbhar campaign. At present, India disburses about $18.52 billion every year on weapons and stage buys, out of which 60% is sourced from homegrown organizations, with residual supplies originating from foreign merchants.

Here is the full rundown of 101 guard things restricted from import, alongside their timetable of the characteristic year of viable import ban:

While the ban has been sorted in stages and will be inferred quite a long time after a year, the impact would be insignificant. Also, the Indian Ministry of Defence may have agreements and dealings in going in the current time frame, it might end till it effectively happens.

One face of India promotes Aatmanirbhar while on the other side, we are promoting and allowing Multi-National Companies and letting them establish and demote the “Made in India.” While the small sector and farmers are still struggling for survival in our nation, the government is visionless, aloof, and is only involved in politics.

Indian economy is struggling to maintain exports as low as possible but still lies at $59.01 million for exports. While the imports are $117.40 million. The Foreign Direct Investment of any Nation must be strong and a base must be cemented, below which a nation must not involve itself. But India recently allowed – “100% FDI in the Defence industry”; wherein 74% is allowed under automatic route and beyond 74% through the Government route. Loss of -$1336 Million and the capital flows are at -$822.3 Million! Still, wondering how the Indian economy is digging a grave for itself? For further details, please refer to FDI Policy.

How do you think the manufacturing of weapons in India will affect the economy? What opportunities can this create? Don’t forget to share your views! 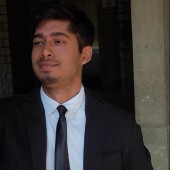 Mohit is an enthusiast for every possible matter around. Whether or not the condition may be, in favour, staying calm is always the best. Carpi Diem.